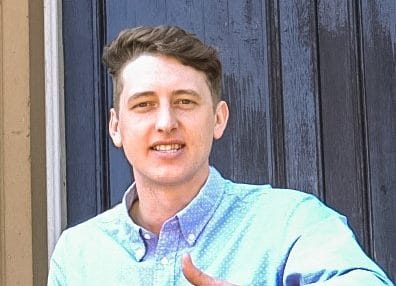 Dominic Heywood, co-founder of Cheshire hotel group, Flat Cap Hotels, been awarded a prestigious Acorn Award. Dominic, whose portfolio includes the Grade II listed country hotel and pub, The Vicarage, fought off stiff competition from some of the industry’s most talented rising stars to win the coveted accolade.

Established in 1986 by The Caterer, the Acorn Awards, affectionately dubbed the top 30 under 30, recognise the hospitality industry’s brightest and most promising prospects. Since their inception, the awards have become one of the industry’s most reliable means of identifying the movers and shakers of the future.

The 26-year-old entrepreneur founded Flat Cap Hotels in 2015 with his brother, Oliver. Operations Manager, Dominic launched The Vicarage Hotel in spring 2015, creating 40 new jobs at the hotel and restaurant. Located just outside Holmes Chapel in the heart of the Cheshire countryside, The Vicarage was a derelict 17th Century inn which was lovingly restored and refurbished by the hotel group in just over year.

The hotel boasts 150-cover restaurant, a large function room, 20 custom designed bedrooms and six brand new signature rooms, all of which have been individually styled and artfully designed to emphasise the hotel’s elegant yet rustic country-inn style decor. Situated in the most historic part of the building, the recently launched signature rooms are sumptuous yet homely, with high ceilings, exposed beams and brickwork, king-sized beds, freestanding roll top baths and large walk-in showers.

Work has already commenced on The Courthouse, the second property in the Flat Cap portfolio. The new project which involves the £500,000 transformation of former Knutsford Crown Court into a 50-bedroom hotel, is due to launch in June 2017.

Speaking about the award, Dominic said: “I am thrilled and extremely proud to receive an Acorn Award. Over the last two years my brother and I have worked tirelessly in getting The Vicarage off the ground and the Acorn Award feels like the icing on the cake. With this award and The Courthouse in Knutsford close to completion, 2017 is already shaping up to be an exciting year for the Group.”