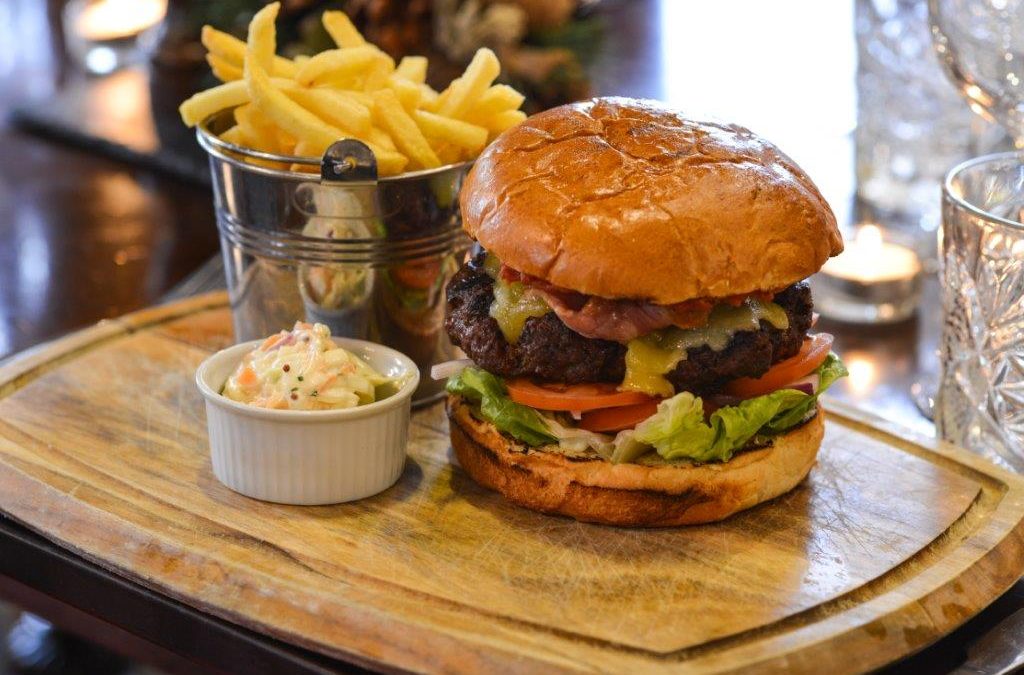 The British Food Fortnight is the biggest annual national celebration of British food and drink. It was established in the wake of the Foot and Mouth crisis, in response to the fact that, though there are numerous food initiatives, projects and events taking place across Britain, there was no overall flagship event to bring them to the public’s attention.

Since its beginnings in 2002, British Food Fortnight has become an opportunity for those who work in any aspect of food and drink, to come together and promote the benefits of buying and eating from our home produced British larder.

Dewsall Court in Hereford is a big supporter of using local, seasonal ingredients in their menus. Dewsall prides themselves on interesting, stylish, country house food with a strong attention to detail. We love Dewsall’s Rump of Herefordshire Lamb, served with Braised Fresh Peas, Young Carrots and Jersey Royals.

The Vicarage in Holmes Chapel is a destination food-led venue. The Vicarage tries to source all produce locally, with a menu driven by the gardeners, foragers, farmers and suppliers of Cheshire. Everything from the meat to the teas comes from the local area to support local businesses. If you’re heading out into the Cheshire countryside, try the truly British fish and chips… Beer battered cod fillet, mushy peas, blush ketchup and  fat cut chips. Amazing!

The Courthouse, also in Cheshire in Knutsford also offers a fresh and homemade menu which changes with the seasons depending on what produce is available. The Courthouse also supports local farmers and suppliers in Cheshire and all of the beef served in the restaurant is grass fed and raised in Yorkshire or Herefordshire. It is hung for at least 21 days and then matured for a further 10 days locally.

Oddfellows on the Park serve up a delightful selection of British favourites, including a delicious Scotch Egg and a tempting cheese board.  They create playful  dishes with integrity inspired by British classics together with that all important Oddfellows twist using seasonal and local produce.

If you are looking to be a part of British Food fortnight and support the UK economy and local producers here are some things you can do:

Let us know what you’re doing for British Food Fortnight, tweet us @perceptionloves!