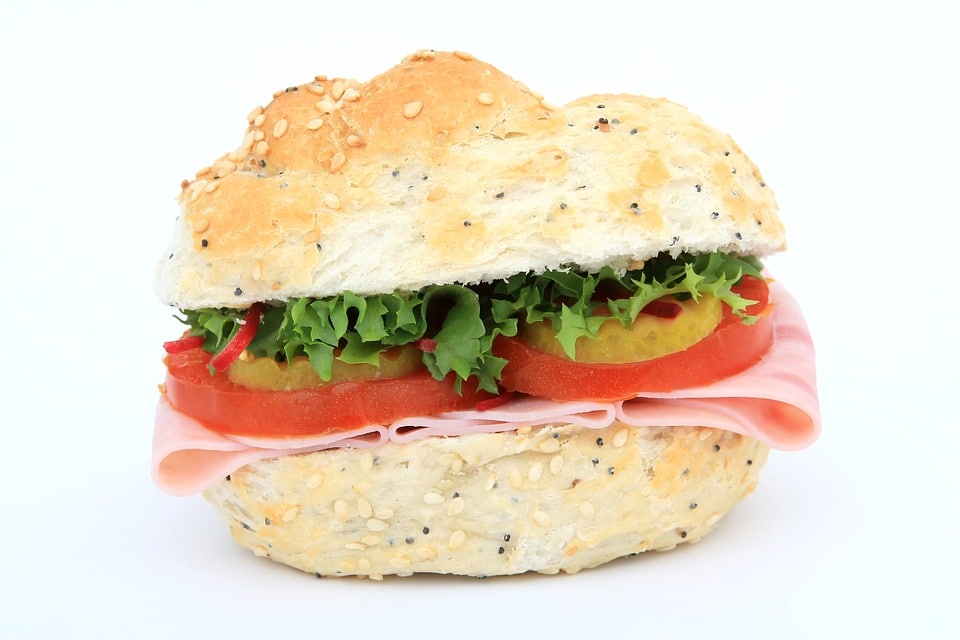 To celebrate British Sandwich Week, we asked our work experience student, Samuel to share his thoughts on the humble  staple of the British diet.  Not simply reserved for desk-bound lunches, our British butty can be enjoyed around the clock.

Samuel gives us his take on what cuts the mustard…

Greater than its some of parts, two pieces of bread and a generous filling can rise to greatness lifting a dreary Wednesday lunch break into magnificence. So, let’s take a look at the best sandwich for each part of your day…

There can be no contest here. It has, and I repeat has, to be bacon. Toast or bread, tomato sauce or brown, crispy or not it doesn’t matter as long as there is bacon nestling somewhere in the mix. Nothing comes close in the morning to a fine cup of tea and a bacon butty. Sausage it can be claimed comes a close second but really there was never any doubt to the outcome.

This is where the water gets muddy with controversy. In a poll conducted by the British Sandwich Association the BLT came out as the nation’s favourite sandwich. This, therefore, should be a shoe in at the no.1 spot for lunch, shouldn’t it? Well, when figures were taken by the BSA for the most popular sandwiches bought in supermarkets, the BLT fell to a lowly second. Chicken and bacon stormed into first and took the crown of the nation’s premier luncheon sandwich.

When being lavish enough to indulge in an afternoon tea delicacy is key. A sandwich with too strong a flavour overrides the subtle flavours of the cake and of the tea. This is varieties such as cucumber and cream cheese are favoured. A selection of three to five different sandwiches is the norm. So my top picks are cucumber, cream cheese, smoked salmon (perhaps integrated with the cream cheese), ham, home cooked roast chicken and roast beef.

This being the evening meal it is not delicacy that is the aim, rather it is substance. For this I have had to look abroad, namely to Spain. The Spanish sandwich, Bocadillo de Tortilla is a fantastically filling meal. It is a potato omelette or tortilla placed in between a crusty baguette for a great mixture of two tasty foods. The tortilla is made by frying both onions and potato in olive oil until soft and then adding beaten eggs. This is then slapped between two pieces of crisp Spanish baguette for a sumptuous belly filler.

A midnight snack is a mischievous thing and so the sandwich should be mischievous enough to match the mood. One must regress into the darkest depths of their inner child and pull out the naughtiest thing they can think of. The only sandwich therefore is a crisp sandwich! Now previously the crisp sandwich was a sorry excuse for a dish served when there was nothing else in the fridge, freezer or shop. Now it can be given the time and attention it deserves. Two thick slices of farmhouse white, hummus spread instead of butter, lashings of fresh salsa topped off of course with artisan crisps of your choice (my personal favourite being sweet chilli).

So there you have it, a sandwich for all times and all occasions. Anyone else feeling hungry?