DoubleTree By Hilton Glasgow Central Scoops Venue Of The Year 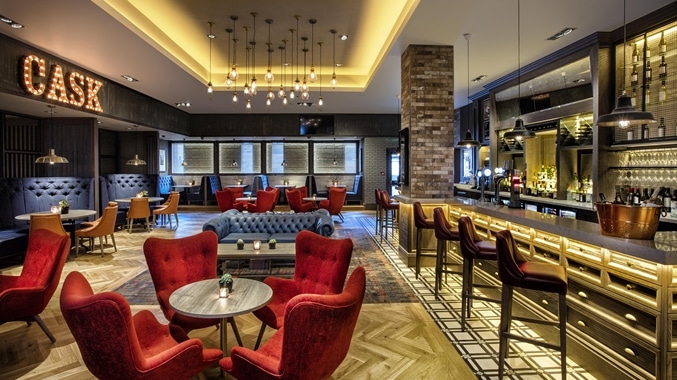 The Doubletree By Hilton Glasgow Central was awarded “Events Venue of the Year 2017” at last nights’ Scottish Food Awards.

Executive Chef, Billy Campbell collected the award on behalf of the team, following a year of hard work and customer excellence. The event was held at the King’s Hall in Edinburgh where several hundred people from the industry attended.

The Scottish Food Awards  honour both year-round ratings and annual awards for the best food produced and served in our good food nation… as well as the people behind the success.

The awards are independent and founded on deep knowledge. The Scottish Food Awards Academy is a unique pooling of hard-earned experience from all areas of food enterprise in Scotland. The Academy has around 60 members and includes leading chefs, producers, managers, food writers, academics, inspectors and entrepreneurs.

Our congratulations go out to the Doubletree By Hilton Glasgow Central  team, a fantastic achievement for a fantastic meetings and events space.