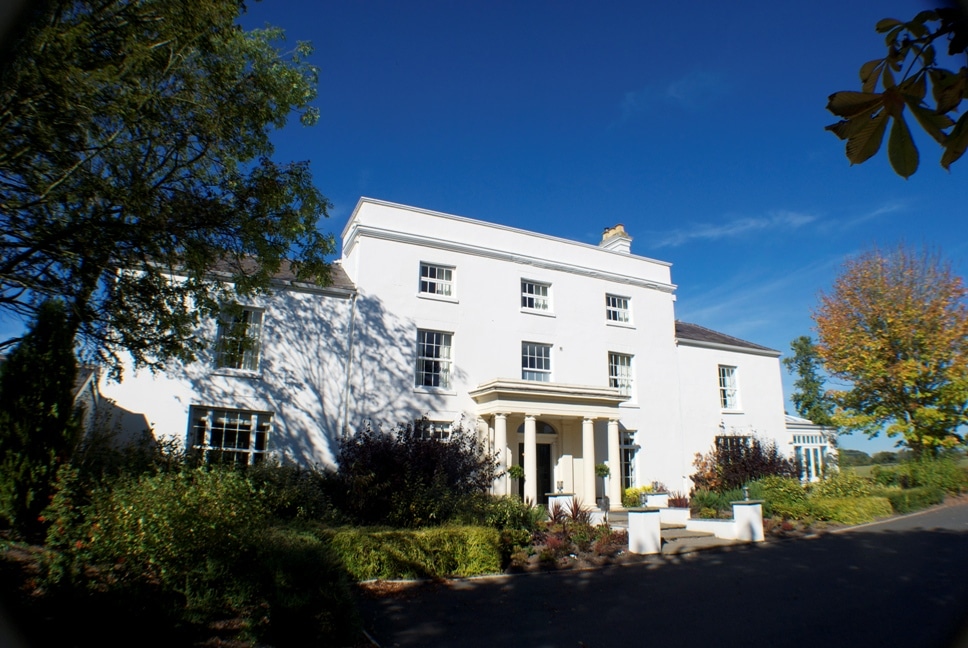 Fishmore Hall marks a new chapter in its 10-year history by announcing revised restaurant opening hours. Since the beginning of November, the boutique hotel’s 3AA Rosette restaurant, Forelles, has been serving food on Mondays, making it one of the few places open for fine dining in Ludlow at the beginning of the week.

Ideally located with breathtaking views of the Shropshire countryside, Fishmore Hall is a lovingly-restored Georgian house, with 15 individually designed rooms, a gourmet restaurant and an indulgent spa.

His philosophy on dining at Fishmore is completely customer focused. In Joe’s own words “we listen, we provide what our guests want, and having won their trust in our abilities and standards, we can begin to excite.”

Joe was the proud winner of Chaine des Rotisseurs UK Young Chef of the Year’ in 2015. His journey to Fishmore Hall is one steeped in establishments of the highest critical acclaim, including roles at one, two and three Michelin star level across the UK, Germany, Hungary, Spain and the USA.

With Joe at the helm, Forelles has launched a new seasonally-inspired menu and revised opening hours. Now open on a Monday, guests and locals will be able to dine in style from 6.30-9.30pm on the hotel’s new a la carte menu. Fishmore’s popular Bistro menu is now available from 12-8 every day, rather than just evenings and diners can choose from lunch, dinner or the hotel’s famous afternoon teas. The restaurant is also open on Sundays serving both a traditional Sunday Roast and the full Bistro menu, for those seeking a lighter alternative.

The hotel recently celebrated the first anniversary of its spa. Nestled snugly in Fishmore’s stunning grounds, the SPAShell™ offers pampering ELEMIS treatments in four well-equipped treatment rooms, which can also be combined to create two couples’ rooms for decadent shared treatments. There are also two thermal cabins, a steam room, sauna, an oversized hammock and outdoor Cedar hot-tub, which is perfect whatever the weather. An outdoor bucket and monsoon drench shower provide a refreshing, skin-tingling experience.

To reserve a table in Forelles and sample Fishmore Hall’s delightful seasonal menu, contact the hotel direct on 01584 875148 or visit www.fishmorehall.co.uk.

Notes to Editors:
Fishmore Hall
Fishmore Hall is a Regency-style hotel, owned and run by Acorn Award winner Laura Penman. Laura purchased Fishmore Hall as a derelict property and in 22 weeks transformed it into a boutique 15 bedroom hotel.

Located in the foodie destination of Ludlow, the hotel is easily accessible from the A49 and set in the Shropshire countryside. The contemporary hotel welcomes those looking for a relaxed foodie break in one of the most unspoilt counties in England.

Relaxation is the priority at Fishmore with modern decor and add-ons including pillow menus, Hypnos beds, Frette linen sheets, flat screen TVs and complimentary broadband. The bathrooms have been individually designed and feature large walk-in showers, giant waterfall showerheads, ELEMIS toiletries and mood lighting. Exclusive use of Fishmore Hall is available on request.

SPAShell launched at Fishmore Hall in October 2016. The spa boasts four treatment rooms, which combine to create two couples rooms, two thermal cabins; a steam room and sauna, as well as an outdoor Cedar wellness pool and oversized hammock on the decking, both overlooking the fields and the Shropshire hills. There is ample relaxation space and the outdoor bucket and monsoon drench shower provides a refreshing and revitalising experience.