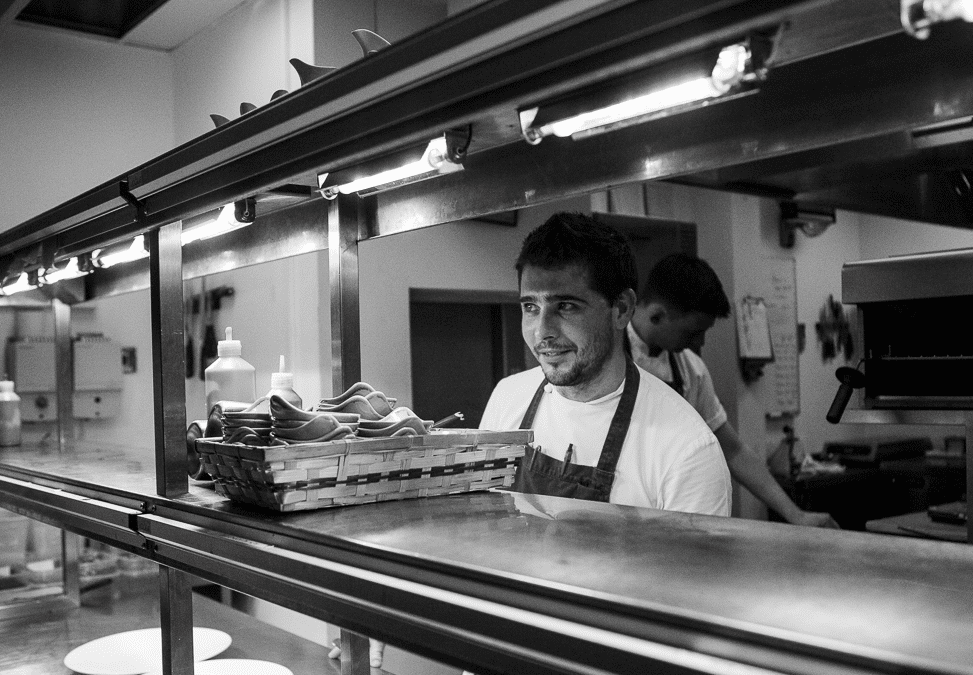 To kick off our guest blog series, Joe Gould, who joined the team at Fishmore Hall in Ludlow as head chef in October 2017 talks about how food is trendy and “things aren’t what they used to be”…

“Let me guess, you assumed I was going to have a whinge? You hear it all the time, and not just from the old timers. A 24-year-old friend of mine told me over the Christmas period, that he “missed the good old days.” Since he was essentially reminiscing all the way back to when Blue Ray was young and people only had one laptop each. I asked mockingly, if he meant when the kids played outside until late and chicken still tasted like chicken? He was actually talking about people getting offended too easily all the time now, but that’s by the by. He wears stupid glasses.

But what about food? When it comes to recollecting the good old days, is the mass assumption that things were better? I’m not talking restaurants here, that’s a debate for another day. I’m talking the eating habits of the nation. The data suggests a few interesting stories.

As a nation, we are eating 75% less white bread than we did in the mid 70’s. In the same period, we bought 85% more wholegrain bread. So brown bread is the best thing since, sliced bread. That one gets a thumbs up from me. Not just because brown bread has more flavour in my book. But it shows food campaigns work. It’s nice when things work.

On the milk scene, semi skimmed is now our favourite level of flavour removal… ahem… I mean skim. But according to DEFRA, overall milk consumption, per household has nearly halved in 30 years. That one really surprised me, I thought dairy farming was becoming increasingly high volume and aggressive. Where’s it all going? But then I thought about the bigger picture. This data was recorded in terms of household purchases. How much milk is drunk in coffee shops now? There’s a reason for that. Its nicer. The ways you can specify your bubbles and lactose is more far reaching than ever. The pint bottle in the fridge door with a thumb shape disc of squashed foil just can’t compete. The barista art has truly landed and earned its place, I love what they do. Where else can they go with this milk tech? My only hope is that the next advancements in the world of foamy-ness come from the process creating a racket less akin to an F-18 taking off next to the flapjacks.

Other ups and downs on the food trend stock market include Pizza consumption still enjoying its steady rise that started in the 80’s (cheers ninja turtles). The ratio of our income we spend on food is decreasing, from a quarter of our wages going on food in 70s (I wasn’t around then but based on what I’ve seen, I assume another quarter on tie dye ink), to 10% today. So, food has got cheaper, variety has exploded and cupboards are fuller, (cheers market competition and modern logistics).

I read so much food journalism that just wags its judgemental finger. We aren’t saints, but overall, I don’t think we are doing so bad and it’s nice to be nice. I agree with my Christmas friend. Too much offence taking these days, but maybe too much trying to offend as well. Especially with our right to purchase how we see fit. Yes, we have a long way to go in terms of sustainable fishing, animal welfare and nutrient content and no they are not issues I’m ignorant to. I’m just leaning toward the opinion that people are numb to being told off about their culinary choices every time they show an interest in the food pages of the paper.

Give yourselves a pat on the back. Finish your mochaccino and everyday value slice of granary first. You might get gluten germs on your second MacBook this year. You…..erm….CONSUMER!”