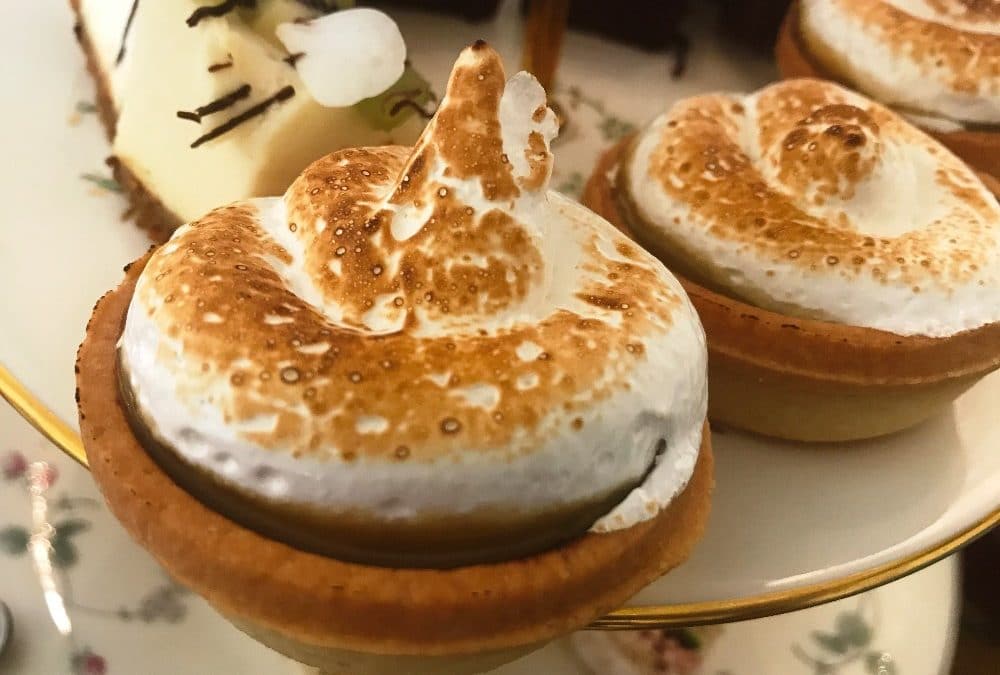 We don’t need much persuasion when someone mentions afternoon tea. So when Cath said she had booked a table at the beautiful country pub and hotel, The Vicarage to sample its afternoon tea, we were more than happy to oblige.

The Vicarage is a beautifully restored 17th Century, Grade II listed country hotel which has its roots deeply planted in the Cheshire countryside it is nestled in. The rooms offer a cosy, traditional stay and are full of luxurious, personal touches such as a mini library of classic books, homemade cookies and quirky feature wallpaper.

We were taken to our table in the conservatory, our favourite room at the hotel and offered a cup of tea from local producer, Tea from the Manor or a coffee from Jaunty Coat Coffee. Being the tea lovers we are we all chose a traditional English Tea.

Soon after, the three tiered vintage stand arrived and we were talked through what was on offer. Savoury treats included egg mayonnaise, ham salad, tuna, and cheese and pickle. It wasn’t long before the teams eyes were set on the second tier. The gorgeously decorated and freshly made deserts included elderflower cheesecake, raspberry brownie and a miniature Banoffee pie with the ultimate marshmallow topping. Messy, but oh so good.

A mini breather and a top up of tea followed before we went in for the indulgent, warm scones. With a generous helping of jam and cream, it wasn’t long before only the crumbs remained...

Full to the brim we were then showed around the hotel by the lovely Yvonne. The Vicarage is the perfect location whether it’s lunch with your mum, a cosy autumn retreat with your partner to explore the Cheshire countryside or for a small midweek business meeting with a relaxed, informal setting. 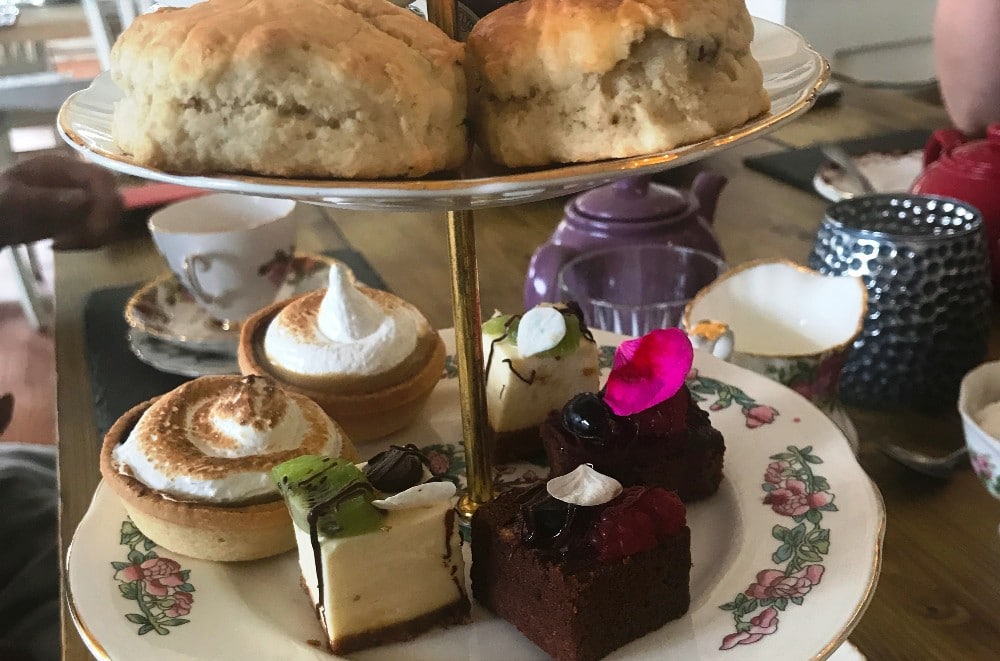 My favourite thing about The Vicarage? It has to be the bathroom! Stand alone roll top bathtubs and huge walk in showers dominate the spacious bathrooms with exposed brick walls and original wooden beams – in true Vicarage style.

The Vicarage is dog friendly, so if you don’t want to leave your four-legged friend at home, the hotel offers an exclusive package with treats and blankets for their stay. We brought along our own little friend who quickly fell in love with the hotel.

Co-founders and brothers, Oliver and Dominic have taken their passion and vision for the finer things and have recently opened the second hotel to their Flat Cap Hotels portfolio, The Courthouse. A stunning Grade II listed building and the former Knutsford Crown Courts used by the Ministry of Defence until 2010.

Manchester-born mathematician and World War Two code-breaker Alan Turing was tried in the Courthouse in 1952. To help celebrate his achievements, and the history and heritage of LGBTQ in the community, don’t miss the Knutsford Heritage Open Days festival at The Courthouse, 7-10th September.

The Vicarage brings casual dining to a chilled, modern hotel with a double room and afternoon package starting at £120 with a lovingly cooked breakfast the following morning. Afternoon Tea starts at £13.95 for traditional and £18.95 for sparkling.

Words by Emily | We Are Perception