Step Back In Time | Outlander At Isle of Eriska 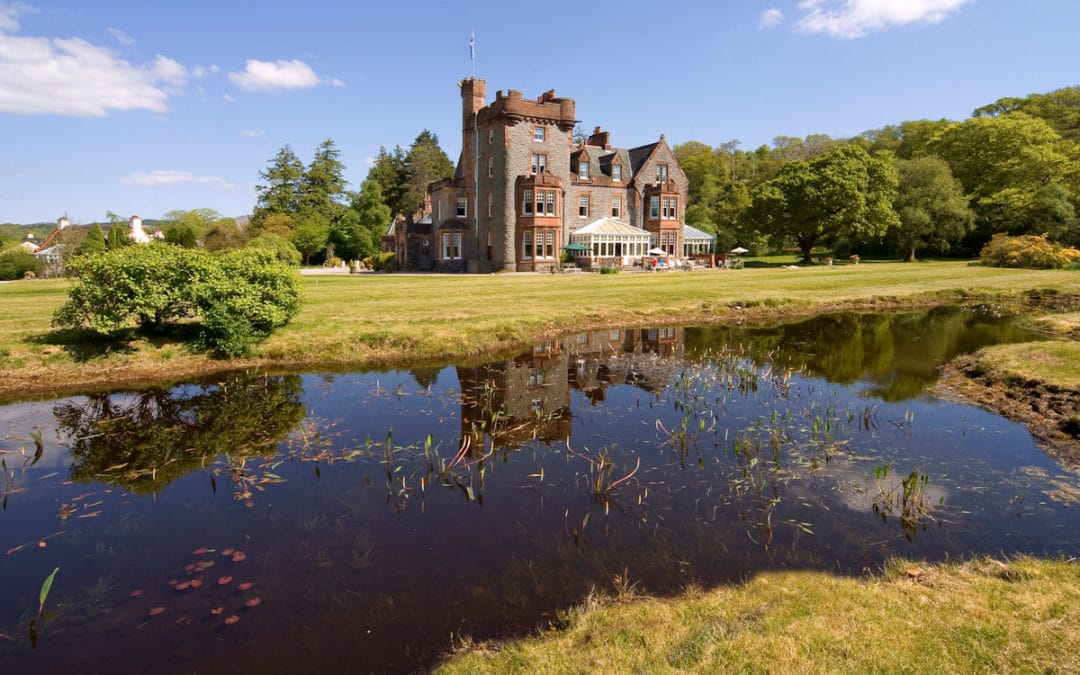 Step back in time with the spirit of Outlander at the Isle of Eriska.

To mark the start of season three of television series Outlander in September, the Isle of Eriska, is inviting guests for a timeless and unforgettable experience. Discover a magical island getaway and the world of highland history with Eriska’s new break ‘The Outlander’.

The journey begins at the five-star, Relais & Chateaux hotel located just north of Oban, where during their two-night stay visitors can experience one of three unique tours. The tour will be a chauffeur driven experience to sites such as: Fort William the fictional location for Blackness Castle – headquarters of Black Jack Randall, the Glenfinnan Monument where Bonnie Prince Charlie began the Jacobite Rebellion and Culloden Battlefield where the Bonnie Prince’s Rebellion reached its bloody conclusion.

As well as the Outlander theme, the tours include sites of Scottish history and Highland heritage such as the Highland Folk Museum, the Glenfinnan Viaduct which appeared in Harry Potter and Castle Stalker the Castle of Aaaaarrrrrrggghhh in Monty Python and the Holy Grail.

The Outlander break includes dinner in the Michelin-starred restaurant at Eriska on two nights and a full Scottish breakfast each morning all complete with island grown produce from the hotel’s kitchen garden and smokehouse. A chauffeur driven guide is included to take guests on the Outlander Tour on their second day and a luxury hamper lunch complete with a nip of malt Whisky.

The package is priced at £690 per room per night, based on two people sharing, for a two night stay.

The Isle of Eriska is a luxury 25-bedroom hotel, set on its own 300-acre private island. Located just two hours from Glasgow Airport the hotel has a luxury spa, tennis courts, nine-hole golf course, nature reserve and private beach. The history of the island dates back to Norse times and there are records of three small dwellings on the island in the 16th and 17th centuries.

The main hotel building, known as the ‘Big House’ was built in 1884 by a branch of the Stewarts of Appin. It is the perfect location to explore the clan heritage of Scotland.